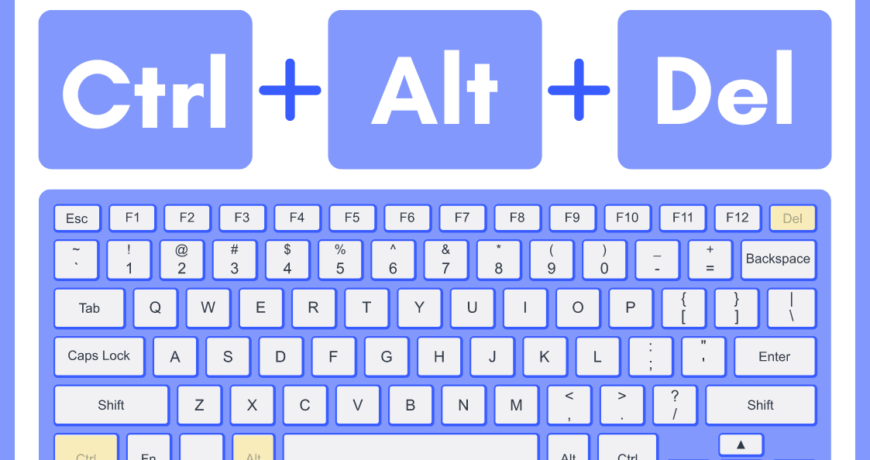 Have you ever made a major error while working on a computer and regretted it? Don’t worry; there is a feature that can help you.

Using a tastiera del computer shortcut is frequently the simplest and fastest way to act on your Windows or Mac laptop or PC. Using the keyboard for common operations such as undo and redo can boost your productivity and save you time spent following the mouse pointer on the screen and performing multiple input sequences. We’ll go over how to undo on keyboard? But first, let’s go over how the Undo commands work.

Before going into detail about come annullare sulla tastiera? To start it is important to understand what is undo. If you make a mistake on your Windows or Mac device such as a typo or moving a file to the wrong location you can undo it. Undo allows you to undo your most recent action and return things to how they were before you made the change.

The function of Undo command just like its name lets you erase the last change to the document thus you can revert the file to a previous state. The Undo technique is built into many computer programs like Word, Excel, PowerPoint, etc. If you make a mistake while working on your document, you can easily undo the action. To undo multiple steps in an application, use the Undo shortcut Ctrl+Z.

How to undo keyboard shortcut keys?

To undo a Windows action press Ctrl+Z on your keyboard.

Almost all Windows apps include at least a one-step Undo feature. Some applications such as Microsoft Office and Adobe Photoshop, allow you to go back multiple steps as long as you stay within the undo limits. To go back to each step simply press and release Ctrl+Z.

To undo an action on an Apple laptop or PC press Command+Z on your keypad.

Where is the undo button?

Although we recommend that users use the undo keyboard shortcut, programs that support undo have an undo button or option in the file menu as well. The button’s location varies, but it’s usually an arrow pointing back in the edit section of the menu or Ribbon. The undo button appears in the title bar of some Microsoft Office programs, such as Microsoft Word 2010.

To use the undo button, use the left mouse button or tap it with your finger on a touch screen. For example, if you delete a cell’s data by mistake in Microsoft Excel, clicking the undo button will undo the mistake and restore the deleted data.

If the program allows you to undo multiple times, press the button several times. However, nothing can be undone if the button turns grey or does nothing when clicked.

What are the advantages of using undo?

The fact that we are human means that we will make mistakes, especially when using a computer. Undo allows you to quickly correct those errors. For example, if you had a paragraph of text highlighted and accidentally pressed delete undo allows you to correct the error without having to retype the text.